“Sarah’s efforts to reverse Earthling hatred of the Martian people have given us much hope,” F’delty said.

Sarah opened her laptop and activated the Command Line Interface.  A few commands later a blurry video appeared on screen.

“Sarah, I don’t think this is worth the risk,” Michael said.

“What are we planning on doing?” F’delty said.

“We strapped a camera to a bloody space spider and she wants to use it to spy on a meeting of major donors during Humanity First’s party convention this weekend,” Michael said.  “Because somehow a giant green spider can be expected to walk around unnoticed.”

“And why do we want to spy…”F’delty asked.

“I-intel i-implies t-they are b-building a w-weapon.  And f-f-guring out what it is will help keep your community alive. ” Sarah said.  “And M-Michael, he’s not giant, just a foot in diameter when he’s not squeezing himself…”

Through the computer they could see that Sarah’s pet otherworldly spider, Dia’dymn, was crawling through a sewer pipe.

Dia’dymn dodged a blast of water that came roaring out of pipe.  Alpha said there would be a vibration from the metal thing on his leg once he was in place.  Surely he must be getting close?  Dia’dymn was worried.  He must push on forward.

Dia’dymn’s fangs twitched.  This was the place.  He aimed a metal cylinder that Alpha had put under his belly at the side of wall.  There was a pop and a gray paste shot out of it and landed on the metal.  Dya’dymn carefully stepped over it with all eight legs and ran off.  Sarah said it was dangerous to touch.  There was a loud hissing sound.

Den Alpha has venom that can poison metal!!!  Sarah must be a mighty spider.  Strange she has so few legs. Perhaps a predator had removed some.  If he ever met that predator he would kill him for Sarah.  Though Sarah seemed against eating many things.  That was strange.

Once hissing sound stopped. Dia’dymn dropped through the new hole.

Now he was inside of a wall.  Dia’dymn heard voices.

“Well your Venus Greenback is a skilled critter” F’delty said.

“That hole is going to start causing water damage.  They will know that something was up Sarah.  And the list of possible culprits isn’t that long.”

Sarah waved him off.

“This campaign against the Martian population is costly.  Are we sure there aren’t less divisive narratives we can pursue for the next election?

There was a slam.  The camera vibrated.  Dia’dymn had twitched in fear.  Then he took off looking for a good place to break through the wall. Every three feet he would tap his legs, give a little squeak in disappointment then start running again.

The voices fell silent.  Then a stern voice spoke.

“Gentlemen.  The Humanity First movement is named for its opposition to softness on the Martian issue.  We cannot afford to back down on this.  We must bring the issue to a swift end.  And that is what we aim to do. “

Dia’dymn tested another section on the wall and froze.  He checked it again.  Then he started chewing with his fangs.  He made a hole the size of three quarters grouped together and aimed the camera through it.

Sarah, Michael and F’delty looked at the room on the computer screen.  It had seven individuals.  One was clearly a secretary.  She never looked up from her computer and wore clothing that was noticeably more warn and simple than the expensive suits that were sported by the six other men in attendance.

Michael squinted at the screen.  “All known major donors to the Humanity First cause.  Nothing unusual.”

The man who had been speaking continued.  “A strong plurality of those who oppose the crackdowns on the Martian population oppose them because they deem them costly and ineffective.  We need to show them that justice can be swift. ”  He put a mechanical drone on the table.

“These are invisible from the ground.  But they can detect the heat signature of lifeforms on the earth with amazing precision.  Analysis of our current inmates demonstrate that Martian lifeforms generally run a few degrees hotter than human people.  If we deploy these we will be able to find those hidden camps of Martians that have alluded us and bring the scum to justice. “

Dia’dymn was confused.  The buzzer he was wearing on his favorite leg was buzzing again, but he did not recall Sarah assigning the buzz a meaning.  He twitched confused.  Eventually he decided to walk and see if that would cause buzzing to stop.  Maybe Sarah wanted a different camera angle.  He took a few steps.  A bang roared through the building and the area he was located a mere seconds ago exploded.

“SQEEEEEE!”  Dia’dymn sounded off in horror.  The enemy den was attacking.  Sarah said to run if this happened.  He charged back toward the pipe.

Three more bangs rang out.  A piece of debris hit him and he lost his grip on the inner wall and fell.

“Is this idiot really trying to shoot a spider?” F’delty said.

“Well the spider has proof  that they are breaking international and interplanetary law and are guilty of genocide.  So yeah they are trying to shoot him through the wall,” Michael said

“What if they hit someone?”  F’delty said horrified.

Dia’dymn squirted a web.  He heard the splat as it connected to a stud in the wall and soon his fall was stopped.

Dia’dymn twitched, unsure which direction lead back to the pipe system that was his way out.  Suddenly there was a yank on the web.   Before Dia’dymn could react he was plunged from the dark of the inner wall to the bright light of the room.  He saw people and a cage and light…everything was moving so fast—he couldn’t put the images together or comprehend them.

But he knew this was bad.  And when it doubt, you bite.

The GoPro was now covered in blood and a scream could be heard.

Dia’dymn was flying through the air.  Whoever had pulled on his web hadn’t thought to protect his hand from a bite.  In pain the assailant had thrown Dia’dymn off.  Dia’dymn could tell that this brood was going to fight hard.  Well he could fight too.  Once he hit the floor he quickly righted himself and assessed the situation.  Most of the brood were staying back.  Two men, however, were chasing him.  They were too tall to make a flight to the ceiling feasible.  So it would have to be a fight.  Dia’dymn let out a screech and charged forward.

One of the men hesitated.  Dia’dymn sensed weakness and directed his charge toward him  The other men lurched with a knife.  Dia’dymn changed his speed and direction as Sarah taught him and the knife missed his legs by inches.  Once he saw that the attack had missed he used the moment of opportunity to jump on the one who hesitated.

The man panicked and swatted frantically at Dia’dymn and started running.  In the chaos he crashed into another man.  Dia’dymn jumped from man to man never staying too long on each one until he smelt flesh.  Then he bit.

The bite of the Venus Greenback is fearsome. Another gush of blood splatted over the camera lens.

The door opened and several security officers charged into the room guns drawn.  Dia’dymn didn’t know the particulars of human combat and security.  But he knew what an eye was and knew they were looking for larger prey than him.  The fools assumed the chaos must be caused by a large assailant, not a little fella like him.  He jumped to the ground and charged.  They saw him after two seconds…but those two seconds were enough.  Once they started to aim for him he jumped on the closest guard’s ankle and bit.  The pain caused him to panic and shoot frantically.  Bullets started flying erratically.  Pandemonium ensued.

Dia’dymn started another sequence of jumping from human to human, occasionally biting as instinct directed.  Then he jumped to the wall and ran off.  Human nests often had grates that produced cold air.   He ran desperately looking for one of these cold air producers.  He found one just as a bullet flew past him.  He disappeared into the wall and escaped from his pursuers.

Once safe with them, Sarah and F’delty gave Dia’dymn a feast fit for a king.  Dia’dymn built a giant web to express his joy.  The feast largely consisted of raccoon roadkill.  Dia’dymn loved it.

Michael looked grim.  “The Martian community needs to find a way to take out those drones. ”

From the Earthling Press:  What’s Different About California’s Fires This Year? 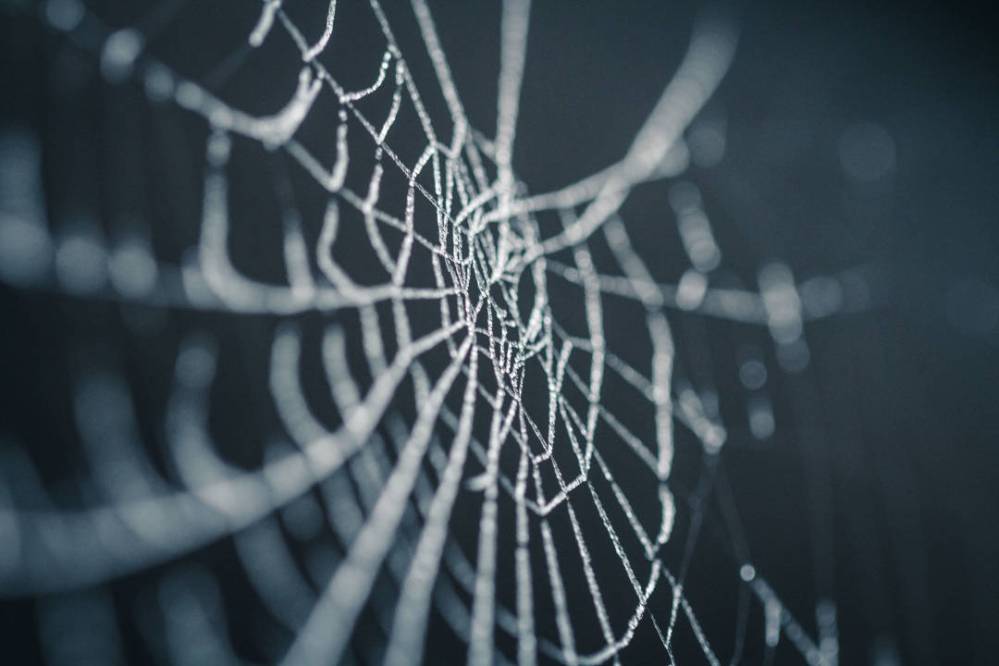 Photo by Nicolas Picard on Unsplash