Sarah remembered that when she was little, people would dress up as ghosts, witches or goblins for Halloween.  Now Martians were all the rage.  People would smear themselves in all sorts of gross green makeup and try to add strange appendages to themselves.  Modern trick-or-treaters never got the green of real Martians right.  Martian green had a lively, natural feel to it; a far cry from the orc-like creatures, reminiscent of rotting food, trick-or-treaters now made themselves as.

Such were Sarah’s thoughts as she and Michael inspected the Halloween store.  Around them workers were busy loading everything in boxes.  Sarah’s foot tapped against a superhero costume that gave her some flashbacks to her more innocent childhood.

The displays were especially offensive to the underground Martians this year as many people had made their costumes satires of the recently slain F’delty.  Sarah had to personally visit several members of the Martian community and talk them out of violent reprisals.

Sarah looked around the store.  After the raid that had killed F’delty, several of her Martian allies needed a new home.  In a odd way renting out a former Halloween store made sense.  Given how offensive Halloween was to the Martians, it was where people would be least likely to look.  Besides, Halloween stores rented buildings that were cheap due to lack of business (during normal times of year)…and a lack of business was exactly what the Martians would need to keep cover.

Sarah liked the size and she could see Michael deemed the building acceptable but was worried about how it was only one level.  A permanent Martian hideout needed enclosed spaces where the non-Human members of the compound could live outside of their human disguises.  There was a back, and a few fake walls could do wonders, but both Sarah and Michael new that the building would be a step back from the old hideout.

Sarah motioned to Michael and he followed her outside.

“It-s-s-s just b-big e-e-nough.” Sarah said.  Michael was one of the few people who never cut her off when she spoke with her stutter.

“Yeah…I guess.  But it’s also too close to the main mall.  Traffic here is low currently…but a few more apartments get built and this place might pop.  And what ‘business’ is going to be the front operation this time?” Michael said

“An a-arts and c-cra-f-ts s-store is the c-c-urrent plan.  Another c-comic b-b-ook store would d-draw s-suspicion from the fe-fe- feds,”  Sarah said.  After the previous Martian hideout, which was disguised as a comic bookstore, got raided other comic book stores around the country had been bombed.  The so-called Humanity First movement was quite trigger happy.

“I still think its too close to Cincinnati.  The Alien Enforcement Agency is doubling down its efforts here…”

Michael nodded.  Any hideout of Martians needed smuggling contacts to supply them with food since they could not shop openly.  Sarah and Michael explored several other buildings for rent.  Sarah had negotiated with a wealthy enemy of the Humanity First movement for the funds to rent the building for the hideout.  That was another liability.  If that donor was imprudent about who she told…well the Alien Enforcement Agency would be ready to burn the whole place down.

Eventually a building was picked and by cover of night Sarah and Michael arranged for twenty martians to move into the building.  With the remaining funds Sarah and arranged for a stores worth of craft supplies and through the night she and the fellow martians worked on setting up a craft store.

Much to their chagrin, Sarah insisted on them having a 50% off table full of Halloween artifacts, including some seriously offensive anti-Martian memorabilia in order to turn away suspicion.   An intense argument broke out and Sru’zin who had been deeply attached to the deceased F’delty actually stuck Sarah.  Michael was about to move in to separate Sru’zin from Sarah but Sarah waved him off.

Sarah hugged Sru’zin and the young Martian girl cried in her arms for a bit.  Then she whispered bitterly that she understood the need to “keep cover” and helped with the display.

Eventually “Queen City Crafts” was ready for business, and a fake wall had created a secret living space.

She reminisced of the past and the various Earthling festivals and customs that had been before Earthling culture had fallen to the totalitarian “Humanity First” movement. With Sarah’s and Michael’s help the Martians built a little alter to honor the fallen F’delty and each person, both Earthling and Martian, lit a candle for those that had gone before.  The Martians began a quiet chant to the Immutable, who was constant in a universe of quantum flux, who was light even in the darkest regions of space.  Sarah quietly knelt and turned her gaze to heaven above and prayed, grateful for these strange friends who could still draw out something Hallowed out of All Hallow Tide.

NEW PROJECT: I am learning PHP and I have made a new site where I can post my code experiments.  My first one HERE allows you to send a message to a Martian!  The homepage is https://Martian.Earth .  It’s still a work in progress, but I am quite excited about Alien Chatbot I was able to make with some simple PHP.

From the Earthling Press, a story about people standing up for the rule of law.

More on the real meaning of All Hallow’s Eve. 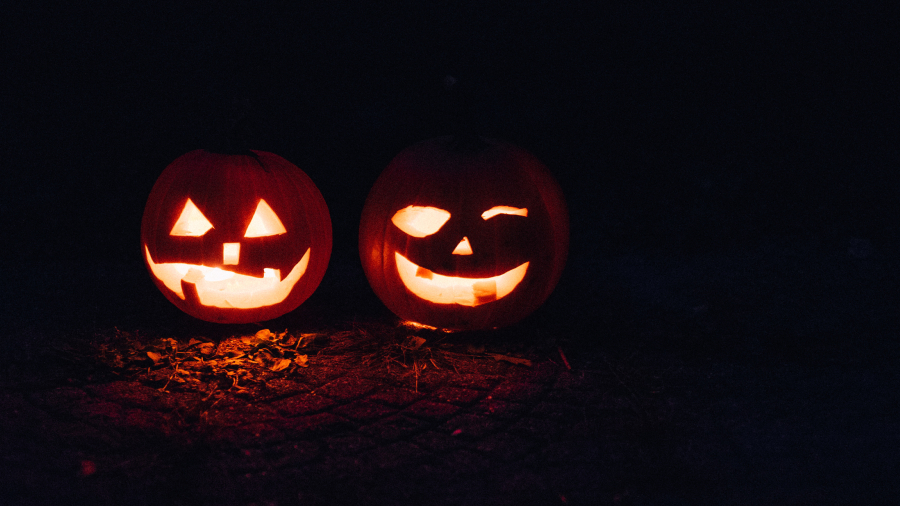 Photo by Beth Teutschmann on Unsplash