C’therax motioned for Sarah to pause so he could jot down some notes.  Sarah used the opportunity to put some ointment on the red mark on her throat.  When C’therax looked up he said, “Tell me about the prison interview.”  Sarah’s mind went back…

Sarah smiled sweetly, pulled a piece of paper out of her pocket and handed it to the guard. He went deathly pale.  Sarah gave a cruel smile and walked into the cell.

“I’ll be back in 30 minutes!” the guard shouted, though his shock was evident across his entire manner.  God forgive me, there is something in me that is enjoying this, Sarah prayed silently.

The cell was about four feet wide and five feet deep.  Three inmates and Sarah were crammed inside.

One had tattoos all over his body such that inked skin was more prevalent than un-inked. Some of the tattoos had stretched beyond recognition as the man’s body and muscle had expanded.  The second was missing approximately 30 percent of his nose and the third was unkempt in every sense of the term.  His beard, hair and clothes all gave the impression that he had just spent three years on a deserted island.

Sarah’s tan features contrasted sharply with their pale skin.  The cell had no windows, just a cool electric light in the ceiling.

“You that reporter girl?” the tattooed man said.  “Listen, sweetie, we don’t need to be answering no questions, we be liking things how they are, we are just fine with how life is and we don’t need no hugs, no tissues, no pretentious ‘love and understanding’ from a….”

Sarah ignored him, sat on the floor, pulled out 300 dollars in cash and a deck of cards from under her sweater.  She started shuffling and offered the deck to one of the inmates. “Cut” she said.  This was one of the few words she never stuttered on.

“Girl, I don’t know if you noticed  but we ain’t got no need for paper money in here…”

“H-hole -in y-your p-pillow…I a-accept crypto,” Sarah said as she pulled out a grey disk, smaller than a playing card, that had a small black and white screen.  “The cash is j-just to k-keep track.”

The two other inmates laughed and the tattooed man gave a start.  Sarah had posted an article just a few weeks prior about how the cartels and even some radical multiterrestrial clans had found ways to do business behind bars by using small cryptocurrency exchangers.  This was an open secret, but like most things run by Humanity First, prison security was incompetent and easy to bribe.

“Where did you get that?” the inked man asked.

“Hold’em,” Sarah said.  Another word she could pronounce infallibly.

“Well I see, that’s mighty impressive there…I guess you do know a thing or too about how things work in here…OK, honey, we do got some crypto but we are being executed in a few months you see, so there be no real point in us trying to win some more.”

The bearded man chucked and cut the deck.  “Also means we ain’t got nothin’ to lose by gambling it!”

Sarah dealt the hole cards to each, paid two dollars blind bet and looked at the tattooed man.

“You think you something special, eh?  Let me show you how its really done,” he finally said.  He pulled out his own cryptoexchanger, and raised three bucks without even looking at his cards.  The other two inmates called, and Sarah matched as well.  The bearded man took the first hand with a strait.

The tattooed man paid the blind and the second round began.  “You already be makin’ mistakes ya ‘see.  A novice ought fold most things before the flop.”

Sarah smiled and put in five dollars.  “Oh my, sweet little girl is playing high,” he said as he raised her ten.  Sarah responded by raising fifty.

“Haha, she be playing you Rex…” the bearded man said.

Rex, the tattooed man bristled.  “Look me in the eyes little girl, I can always tell a bluff from the eyes…”

Sarah smiled sweetly and stared into his eyes.  Thirty seconds passed and Rex went in 70.  Sarah matched.  The others folded.  At showdown, Sarah took it with three of kind in queens over Rex’s king pair.

The other two men practically fell down laughing.

A guard came over to the cell.  Sarah pulled out another piece of paper from her pocket and handed it to him.  The guard read the contents and almost dropped his gun

“B-back off-f,” Sarah said sweetly.  She started dealing the next hand.  The guard put his hands on his gun and the three inmates fell silent.  There was no sound for the longest time but the dealing of cards.  Eventually, the guard spat on Sarah and stormed off.  Sarah paid no heed.

“OK, Sarah, you got me curious here,” Rex said, “Why is it that a fine young lady like yourself be in here playing poker with a bunch of murders and gangsters like ourselves, and how is it you can crush the balls of the guards.”

“”You is begging to be killed,” Rex said.

Sarah nodded and chucked her hand. It was six , eight unsuited and from the look in Rex’s eyes he held jacks or better.

The three inmates were silent.  “What happened?” Rex asked.

“Well at least you didn’t kill him…?”

Sarah fingered a chain bracelet she wore on her right wrist, deep in thought.  Then she looked up.  “I’ve shared mine.  I got lucky.  Th-that’s all that se-separates me and you.  Tell me yours.  And tell me what you know about the u-underground m-multiterrestrials.”

“So that’s how you got three smugglers to open up.  You played cards with them,” C’therax said.  “I wouldn’t expect death row inmates to care about cards.”

“And that’s how your father found out you knew about his activities.  When he found out you almost killed a fellow student…how did he react?” 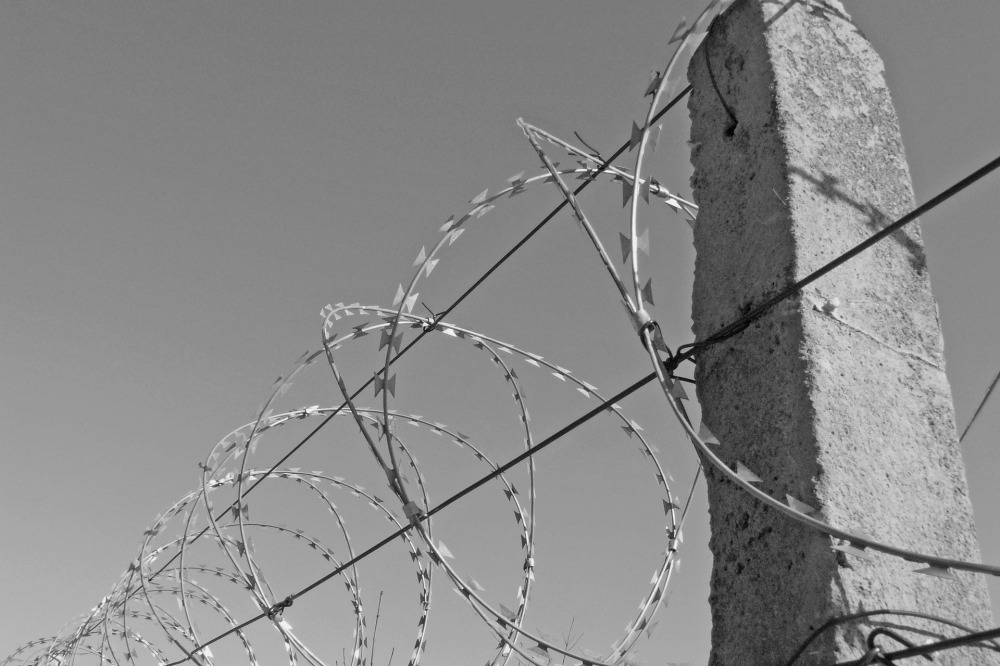